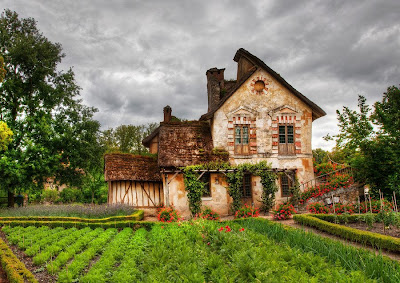 It's cooler today, and there's supposed to be a Storm on the way.

The Sanuks are working well and keeping my feet warm, all I need now are some Outdoor Winter ones ?? Why don't they make them ??, What's wrong with wearing Snow Sandals ??

I'm in deep thought about what to get up to through the Winter, it's not the Cold, it's the Wind that's the problem.

Someone told me I should learn to play a Musical Instrument, but not being a musical person that could be out, but then I've never tried it ??

How about Painting?? looking at some of this so called Modern Art, I used to do better Paintings at School, even though whatever I painted, never looked anything like what it was supposed to be, So maybe I could do that and be good right from the start, all I need are some Paints.
Posted by The itinerant archer at 12:48 3 comments: 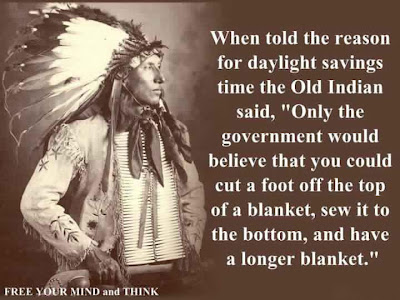 The Internet broke yesterday no connection all day, but I found out today the whole village was off, so it's not as bad as I thought as it seemed to lock the Computer, but by all accounts it was still working.
There was just nothing happening, I thought this old computer had given up.
We've been busy shifting 20 tons of Gravel, it was that much fun even the neighbours came to join in, which made it a lot easier. (Thank you, kind Neighbours.)
The Winter seems to be trying to make an appearance, hopefully trying is the word.
Lots to do in the short daylight hours, then it's dark again and time to hibernate till the morning.
I've just received a pair of Injinji socks for the Five Finger Shoes,  most impressed and will probably be a lot better than the ones I am currently using, but they are on hold till the weather warms up.
Posted by The itinerant archer at 21:55 No comments:

This is getting hard work must find some more Blog content ??
This Blog has no real direction and is just a Blog of Random Thoughts, so if something enters my head that makes sense, I put it in the Blog !! maybe that's why I've slowed down..
Perhaps the problem is the dark nights ?? but then they're not cold dark nights as it's still warm, last year we had snow today ??
I must try and get more Archery practice, but it seems by the time I get sorted and ready to go out it's dark.
Maybe an indoor hobby for the Winter ?? any suggestions ??
I usually end up reading Books, as there's nothing on TV that interests me .
Maybe I should study how to put together a good Blog ??? 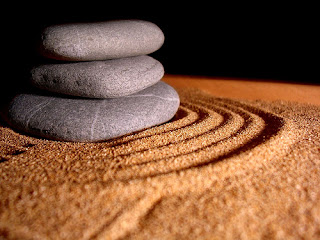 Posted by The itinerant archer at 16:48 2 comments: 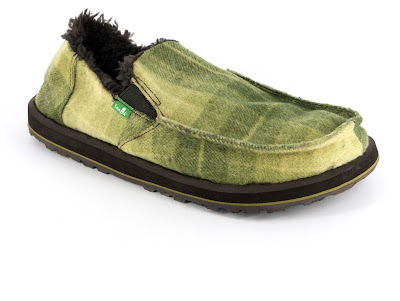 Just received my pair of Sanuk Lumberjacks, which are a nice fit.
Thank's to Sanuk for answering my questions.
Why do I always seem to end up between sizes no matter what I buy!!
First comments "their not Shoes, their Slippers" well they feel like Slippers, but they are neither Shoes nor Slippers, their Sandals.
The chill lining makes them really warm, a lot warmer than I thought they would be.
Their not waterproof, but I have boots for that.
A good addition to the Fivefinger Shoes I also wear.
For my next Sanuk buy, will it be Donny's, Vagabond's  or Kerouac's, at the moment my thought's are thinking Kerouac's for some reason ??

I'm as happy with my Sanuk's, as the Puppy in the Picture. 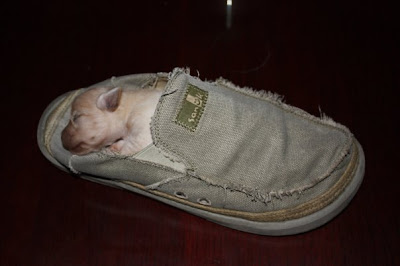 Footnote :
Looking in the package the Sanuk's came in, there's a Voucher for 15% off my next purchase from the place I bought them .
So it looks like a pair of Kerouac's could be on order.

Posted by The itinerant archer at 22:46 2 comments: 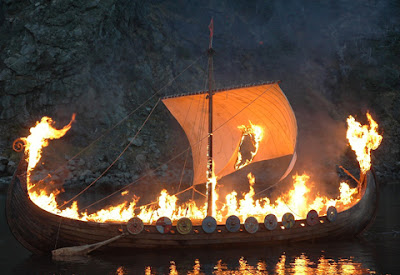 I'm reading "On the Road" by Jack Kerouac, I find it a good book as it reminds me of some of my Adventures., which sometimes had their scary moments.
I once got a ride from a Depressed Hamster Breeder, (I jest not).
He had an old Ford Escort that had seen better days, we came to a line of traffic of about 4 or 5 Cars and he pulled out to overtake and a  Car was coming the other way.
He let his foot off the accelerator for a couple of seconds and said "Will we make it ?? ".
The next thing he floored the Accelerator and accelerated down the line of traffic the engine screaming as we reached 90 mph the Car lurched about on it's suspension which had seen better days, you could smell the Engine getting rather warm as it objected to it's treatment and the smell of Hot Oil filled the Car.
I had visions of sailing off the road into the Scenery and ending up trapped it a ball of twisted Metal, or the Car exploding into a  Fireball.
When I was at School, I was told as I have Blonde hair and Blue eyes, I probably had Viking Blood, Vikings used to make a Funeral Pyre on a Long ship, set fire to it and send it out to Sea.
But this one was going to die in a 90mph Fireball on Wheels !!
We made it so I got to live for my next Adventure, which carried on with my next ride that day..
The Moral of the story is, Never take a ride with a Depressed Hamster Breeder.
How books bring back memories.


Footnote:
Just to clarify the story the Driver told me he used to breed Hamsters, and sometimes when you went to show's you would get there to find your favourite Hamster had died.
He then told me he suffered from depression another rather worrying moment, but when he told me he was a retired School Teacher, I was really worried.
Posted by The itinerant archer at 23:04 1 comment:

Posted by The itinerant archer at 22:38 No comments: 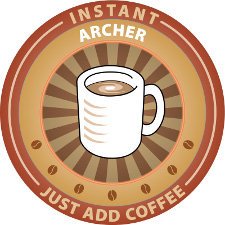 How do you become Competitive, if you never have been ???

If you are Competitive do you gain more respect from others, especially if you win ??

Does the fear of being  Inferior drive you on, a fear of not standing out in the crowd, not being able to stand there and say, look at me I am Superior to you.

But this is all in the mind, all part of the Dream of Reality.

Reality is whatever you want it to be, or whatever Society wants you to Believe, but it's up to you..

As the saying goes "You can only be Inferior, with your own Consent".
Posted by The itinerant archer at 08:52 No comments: 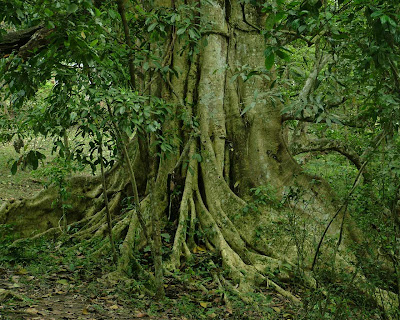 Direction ?? How do you find it ??
Do you see a Light at the end of a Tunnel and walk towards that light, or do you walk into the Darkness,  Face your fears and wait for the light to appear ?
What will be at the end of that tunnel when you walk into the light, will it be what you seek or just another false hope ??
If you walk into the darkness will new avenues appear, avenues you never knew existed,  maybe what you are looking for is waiting in that darkness, waiting for you to face your fears and find that life you are seeking.
Happiness is out there you only have to look....
But first you must face your Fears, whatever they may be....
Posted by The itinerant archer at 22:31 1 comment: 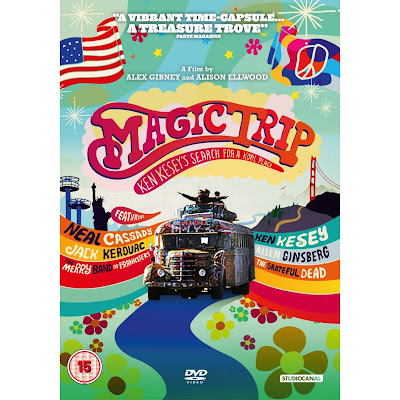 Another must have DVD, I  wish it was "Been there, Done That." but I blinked and missed it.
I know a few People who say that "Back in the Day" they were part of it, but they have now moved on, as it was just a phase in their life, where they did it because it was the "In thing to do" a way of being at one of the Crowd.
But some of us are left in a Time Warp, only to find when you step back into reality the World has changed..
Magic Trip: In 1964, Ken Kesey, the famed author of “One Flew Over the Cuckoo’s Nest,” set off on a legendary cross-country road trip to the New York World’s Fair. He was joined by “The Merry Band of Pranksters,” including Neal Cassady, the American icon immortalized in Kerouac’s “On the Road.” Kesey and the Pranksters intended to make a documentary about their trip, but the film was never finished and the footage has remained virtually unseen. With MAGIC TRIP, Oscar®-winning director Alex Gibney and Alison Ellwood were given unprecedented access to this raw footage to create a documentary of this extraordinary piece of American history.
Posted by The itinerant archer at 11:19 1 comment: 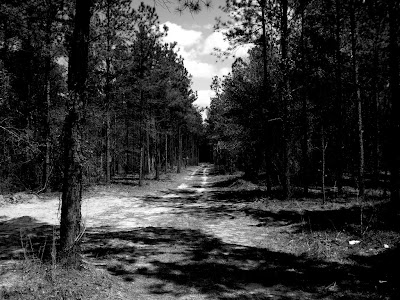 It's back to the Woods before it gets too cold and wet, it's time to go it alone once more.
Just the Animals and the Trees, the things you can trust and do not pass judgement, but take you as you are, not for what they want or expect you to be.
No knife in the back, no more Whispers, strange looks and sly glances when they think your back is turned..
Some times may seem sad and lonely, but it is something that will pass, so it's back to the old ways.
No more lies, from People who look you in the Eye and tell you they are your Friends, and you were fool enough to believe them and put your trust in them and you dropped your guard because of it.
Only to find what you thought was the Truth was a Lie .

Posted by The itinerant archer at 23:00 No comments: 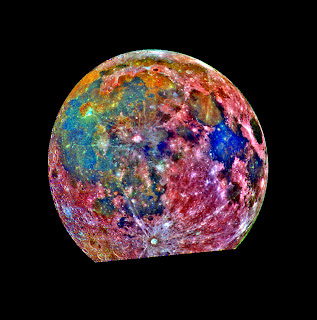 “Beware thoughts that come in the night. They aren't turned properly; they come in askew, free of sense and restriction, deriving from the most remote of sources.”
― William Least Heat-Moon, Blue Highways: A Journey Into America
Posted by The itinerant archer at 22:41 No comments:

A couple of Local Railway Stations which may be of Interest.. 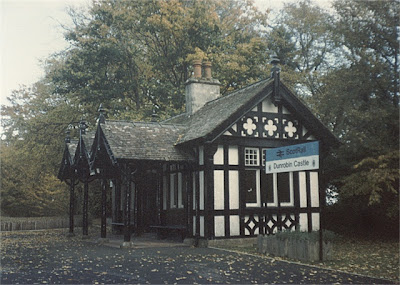 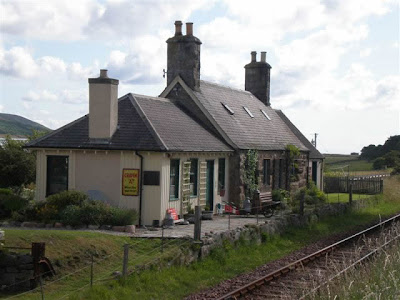 Loth Station . Sutherland.
Posted by The itinerant archer at 22:40 No comments:

I was sent these pictures by someone who recently went to Canada. 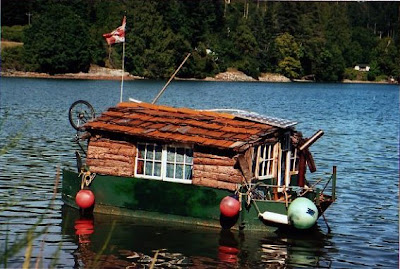 A Simple Rustic Houseboat complete with Bicycle for Land transport.
What more do you need other than a Fishing Rod?? 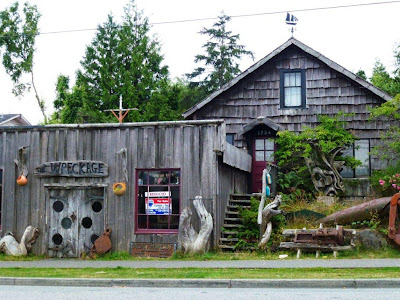 The Wreckage, this house is featured in Lloyd Khan's Book "Builders of the Pacific Coast" which is the reason they went to see it, another Lloyd Khan convert.
Many Thanks to Freyja for the photograph's.
Posted by The itinerant archer at 08:54 No comments: